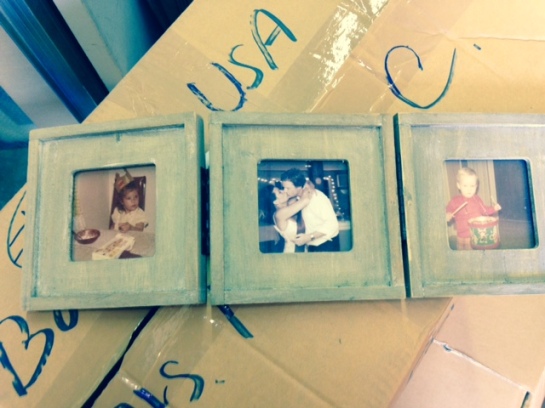 “I think you just have to go through it. And I think that if rather than sort of squeeze your eyes shut, you decide that there’s something interesting about it, if only in the kind of spiritual life cycle sense of the word. But also, — you find out what you’re made of if you weren’t already sure you knew the answer to that.” -Jane Gross

36 boxes stacked strategically in the dark, small, storage space. Black marker scribbled on the sides in large letters, Mrs. Christine. The men from the Vientiane packing company assumed our home’s possessions were all mine, that I was in charge, so they deemed the boxes mine as well. At the time, the logistics were simple. We were parting ways. I was taking the things.

To be fair, I had been the one to accumulate. The rugs from Tunisia, the framed mola from Colombia, the wooden Buddha from Cambodia, the antique console from Korea…each piece marked a time and place we had been and shared, and I treasure them all.

Inside taped up cardboard structures, that life was hushed in paper and bubble wrap. Standing in the hot Hayward sun, many, many months later, I wondered how I would reconcile ownership, what my present self would be able to release. I won’t lie. There was a part of me that wanted to drizzle gasoline over the whole thing and ignite it into the atmosphere. But, the sentimental girl who saved yearbooks and love letters, duplicate photographs (in case I wanted to mail the other to a friend) and tattered journals, felt more like sitting in the middle of a pool of them to conjure up a flood of memories.

Things like art I had no wall space for or lamps that operated on a different voltage…some of those things were easier to let go of. But, things like the photographs that adorned our walls for years or the cigar boxes that stored his coins, the bottles of the Saharan desert we kept as if it were powdered gold, the wedding albums we had tucked away on bookshelves, and the CDs we made with each other in mind…these, these things bore deep holes in my heart.

It’s crazy how quickly an object can send you into a spiral of thoughts:

Riding on the back of his motorcycle in the hills of Medellin. That kid who toured us on his father’s tobacco plantation in Cuba. Having summer backyard dinners eating Bill’s grilled salmon. Getting stuck in Miami before embarking on our Tunisia journey because I let my passport expire. India, visiting India. Sunday walks on along the river in Seoul for our seared tuna dinner. Creating a yoga studio in a Buddhist wat in Luang Prabang. Walking in la ciudad antigua on Cartagena evenings.

Overwhelming.
Could I really do this?
I hated and loved going through those boxes. But, they are me. The journeys, the joys, the changes. They are what I’m made of.

There was a moment when making a trip to the large garbage bin where a warm breeze blew much of the Saharan sand that had piled up at the bottom of a box. So fine, it moved like waves across the sweltering concrete until it totally dispersed.
In ways, this image felt like our story, rolling up and down, moving farther in distance until the grains land in other formations someplace else.

In this process of this separation, I’ve felt like crying my insides out, like I’ve been punched in the stomach, like I’ve been the source of a ruthless self-inquisition, like I wanted to squeeze my eyes shut and make it all go away.

But I could never shut my eyes for long. For one thing, it gets too dark. And for another, the curiosity for what life holds is far too great.

“You cannot travel the path until you have become the path itself.”